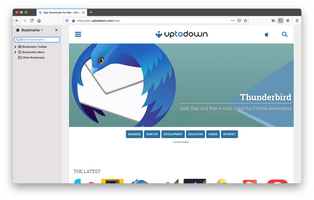 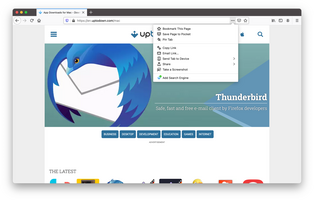 Advertisement
Mozilla continues to work on further improvements for its flagship product: the free and open source browser, Firefox. Its many features include enabling the simultaneous browsing of multiple pages with its tab system, supporting most existing web standards, and offering a personalized experience with extensions, plugins, and themes created by the community.

The latest installment is focused on improving its technical aspects, so the appearance is almost the same as in previous versions. Firefox has improved its performance and stability with optimized JavaScript engines and rendering, greater compatibility with HTML5, independent processes for browser plug-ins, and more.

This version has also improved the loading speed for sites and resource consumption to avoid excessive memory usage like previous versions. The browser gets better and better with each version, becoming more fluid and stronger competition for its main rivals.

In short, each new version of Firefox continues to improve and optimize the service. It is now regarded as a solid alternative to Internet Explorer and Google Chrome and has become the first choice for millions of users worldwide.
By Álvaro Toledo
Most widely used browsers on Android in 2018

Now that Q1 of 2018 is up, it's that time to stop and reflect on the patterns we've seen in the data collected over this first quarter of the year. In terms of browsers and their usage among Uptodown users, we've seen a clear trend towards mobile usage and a fairly steep decrease in desktop activity. In fact, 80% of all the traffic generated on Uptodown takes places via mobile devices. Overall, Uptodown saw over 722M sessions from January 1st to April 30th 2018. By segmenting that traffic to analyze browsers and devices users log onto from, we've come up with a few observations.
See more

Here are all of the official versions of Firefox for Android

Browser developers love to complicate things. If a 'Lite' version of the standard client wasn't enough, now you have to keep track of beta versions and other experimental lines. You have to take special care with Firefox, whose developer Mozilla seems to introduce a new version monthly. Here is a list of all of the company's browsers that are currently available on Android.
See more

A program of the strongest web browsers

I like, an application for ipad2 and make a video call, webcam Connected to my WIFI wireless network on my IOS 6 device

I installed this new firefox and also googlechrome but there is a legend that the application cannot be used with the version of the Mac OS that I have. What I can do?

Everything it contains (personalization, security, and much more ...) makes Firefox my favorite browser. But the truth is that I love speed more, and I use more Safari on Mac for my daily uses.

Everything it contains (personalization, security, and much more ...) makes Firefox my favorite browser. But the truth is that I love speed more, and I use more Safari on Mac for my daily uses.

Oct 2nd, 2015 Firefox on Android lets you load pages in the background

Oct 28th, 2013 The most important browsers will no longer support Java

Google Chrome
Google's new browser is now available for Mac
BlueStacks App Player
Emulate all Android applications on your Mac
Adblock Plus for Safari
Block annoying Internet ads on Safari
Safari
The web browser by Apple
Yandex.Browser
Yandex, the most popular browser in Russia
Brave Browser
A safe and user-friendly browser based on Chromium
Vivaldi
Stay organized while you work with this efficient browser
Firefox Developer Edition
A version of the popular browser especially for developers
Advertisement